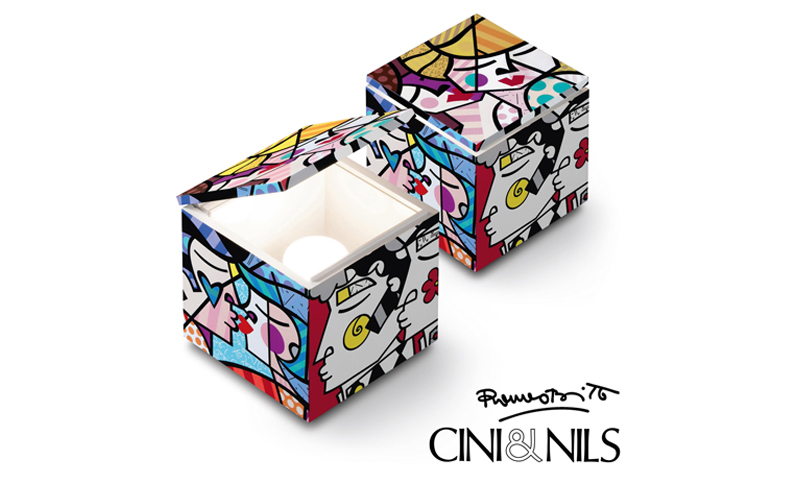 Romero Britto is a Brazilian-born artist living in Miami. Britto is not just an artist but a multifaceted innovator of pop-culture. Sculptor, painter, screenwriter, designer, Britto experiments and combines cubism, street-art and pop-art in his art. His style is ironic and stands out for the use of bright colors and for the themes that always try to convey hope and happiness.

The Brazilian artist’s works infill energy and are considered a source of inspiration for million of people. Their simplicity is democratic, popular, direct and understandable to all, thanks to the use of an iconic “cartoon” style. The characters represented are figures with simple features that evoke childhood memories. The New York Times described its expressiveness as something that “exudes energy, enthusiasm and love”.

In 1989 Britto established himself on the international scene, receiving from Absolut Vodka an assignment for the bottle label. Among the others, he designed logos and brands all over the world (Disney, Evian, Coca-Cola, Audi, Bentley, Mattel and Dolce&Gabbana).

An artist such Britto met the state of the art iconic Cini&Nils, Cuboluce classic, which was designed in 1972 by Franco Bettonica and Mario Melocchi. Britto developed four collectable unique graphics: Cuboluce Britto people, Cuboluce Britto graphic, Cuboluce Britto black and Cuboluce Britto white. Cuboluce is ideal for reading in bed: it emits a concentrated beam of light which can be adjusted be the mean of the cover. Raising the cover it lights up, closing it Cuboluce turns off. Upon request Cuboluce Britto is also available in led and wireless version. 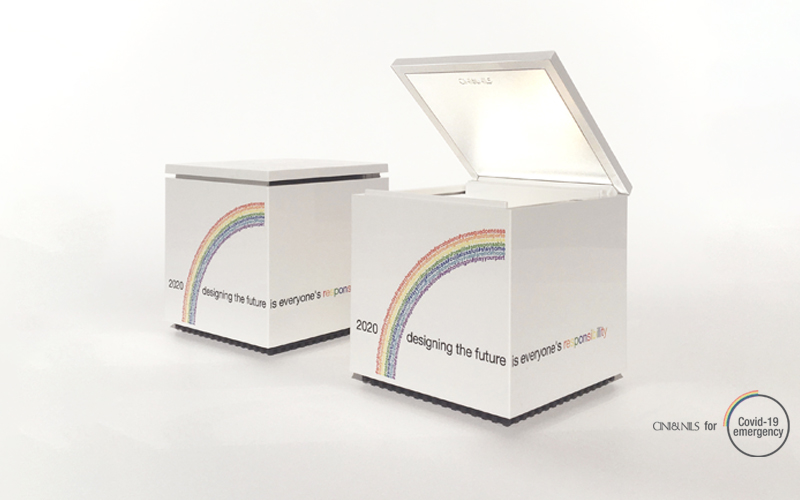 ← BACK TO ALL NEWS

Do you want to receive our updates in advance?